A Guide to Wan Vs. Lan Vs. Man 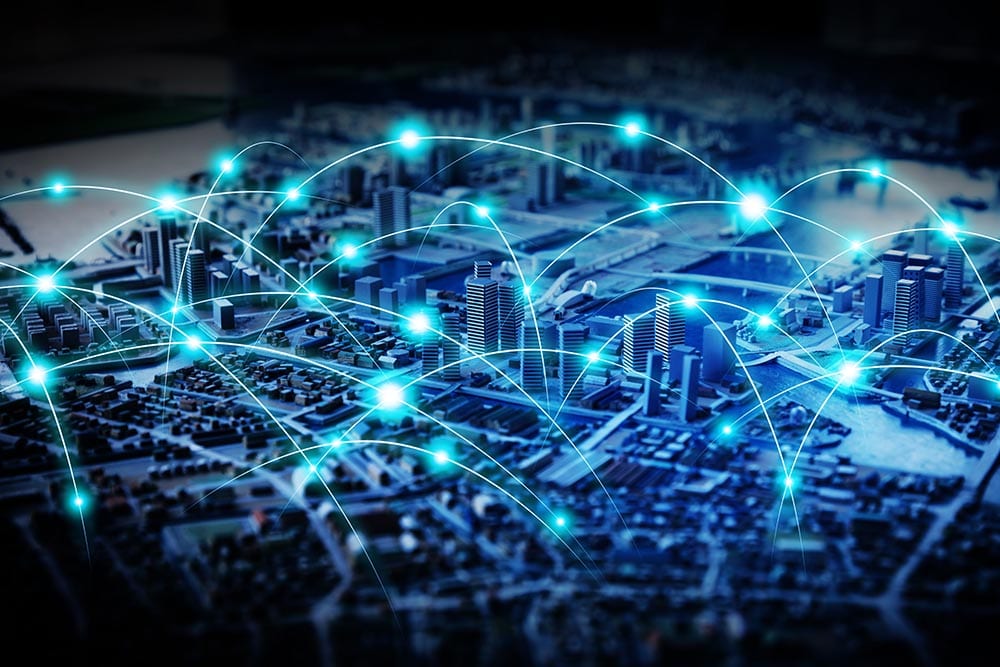 What Does WAN Stand For?

WAN is an acronym for Wide Area Network. Essentially, it is a communications network that is spread across a specific geographical area.

It could be spread over a single city, a state or a country. WANs can either be public or private. WAN is also utilized in order to describe a WLAN, which is a Wireless Local Area Network.

What Does a WAN Do?

The best way to explain what a WAN is would be to think about the internet as an entire entity. This entity would then be the largest WAN in the world.

The reason that you could classify the internet as a WAN is due to the fact that it connects many smaller Local Area Networks (LANs) and/or Metro Area Networks (MANs), through the use of multiple Internet Service Providers.

When looked at on a much lesser scale, an organization could have a WAN which encompasses smaller regional offices, the main head offer, along with any number of cloud-based services. It would be the company WAN which then connects each of those organizational elements together.

Regardless of the distance between the networks or what connects the WANs, the resulting factor remains the same, in that it gives smaller networks from differing locations the ability to communicate with one another.

How Are WANs Connected?

Due to the fact that a WAN can cover a greater distance than a Local Area Network (LAN), connecting the different elements of a WAN using a Virtual Private Network (VPN) makes sense.

The reasoning behind this is that it enables wholly protected communication channels between the different locations, which is absolutely required when data is being transmitted over the web.

While a VPN is well-known for delivering adequate security for most organizations, an internet connection that is public will not always deliver the same levels of performance that you would get from a dedicated WAN link-up.

For this reason, fiber optic cables are also used for the facilitation of communications between the differing WAN link-ups.

In the middle of the nineties, many organizations began utilizing leased-line WANs. Both T3 and T1 lines are utilized to uphold VPN or MPLS comms.

Dedicated WANs can also be built using point to point Ethernet links over long distances. Although the cost is far greater than MPLS or VPN solutions, you can be assured of a highly performant solution with a private Ethernet Wide Area Network.

When compared with the average of 45MBPS of a standard T1 line, the links of a private ethernet WAN can provide an impressive average of 1GBPS.

When a Wide Area Network is formed using more than two different connection types, such as T3 lines and MPLS circuits, then it is then considered to be a hybrid WAN.

These are particularly helpful if an organization needs a cost-focused way to interconnect their offices or branches together. It also ensures they get a performant network that is capable of transferring important data quickly.

We talked earlier about Metro-Ethernet and Leased Lines rising in popularity during the mid-nineties; if we look further Back to the seventies, the majority of WANs were formed using X.25. This was a particular technology standard that commonplace back then.

Networks like this were used for supporting a range of services and systems such as systems that supported credit card transactions, automatic teller machines, along with other online data services.

This technology was introduced in order to deliver a much simpler protocol than X.25 and deliver cheaper solutions for WANs which was required to run with greater speed. It was a particularly popular choice in the US, specifically for telecoms companies in the early nineties.

MPLS was created to replace Frame Relay. It enhanced the protocol support for the handling of both video and voice traffic, along with improving the overall functionality to service normal data traffic as well. Key to the success of MPLS was the Quality of Service features.

When compared with organizational intranets or home intranets, WANs do tend to cost more money to implement and operate.

For a Wide Area Network that crosses over a multitude of territorial borders or boundaries, there are different legal jurisdictions, and this may lead to ownership disputes regarding network usage and rights.

Another factor to consider for WANs that may cross over international borders is that a global WAN requires that network cables undersea level need to be used.

These can be subject to a range of factors that remain outside of the control of anyone, such as being impacted by the weather, being broken unintentionally by ships, and finally, because of sabotage.

When compared directly to landlines underground, cables that are under sea level cost more and take a much greater time to repair. When considering the potential impact this can have on a business; it is not a particularly attractive option.

What Does LAN Stand For?

A Local Area Network or LAN for short is considered to be a far smaller network when compared directly with a Wide Area Network. A LAN will usually only cover a small area such as a building, a single site, a room or an office.

What is a LAN and How Does It Work?

The vast majority of LANs will use an Ethernet protocol in order to control how the information moves from one machine to another within any given network.

As Wireless has become more prominent, an increasing number of LANs are wireless, and these are known as WLANs, simply referring to a Wireless Local Area Network.

The protocol that is used in order to move data between machines on a WLAN is Wi-Fi. However they can also operate with Bluetooth as well; the latter of which is far less likely to be used.

When you share data between two connected machines, you have a LAN. Because the primary function of a LAN is limited to cover a small area, you can have a varying number of machines that operate on a LAN; this can be anything from a couple to several hundred. If you only have to connect two individual machines, then you would simply use a cable to connect them together.

However, if you want to connect more than a couple of machines at any one time, you would most likely want to use a hub. A hub for a LAN essentially behaves like a link and distribution point; this is where various cables from the LAN cards of different machines are joined together by the hub.

If you then wish to connect your LAN to a WAN or to the internet, you would need to install a router as opposed to a hub.

While a hub is typically used as one of the easiest ways to set up a LAN, there are lots of other topologies (network layouts) that can be used depending on your individual requirements and objectives.

A LAN doesn’t just consist of computers, as there are lots of other machines and devices that can be connected.

You can connect a printer that can be shared across a LAN, allowing everyone within that network to quickly and easily access and use it.

Benefits of a LAN

There are many uses and reasons why organizations implement a LAN.

How Big is a LAN?

A Local Area Network can vary tremendously in size. It can range from a single device to many thousands of machines.

Certain devices such as printers and servers will be permanently linked to the LAN, while other mobile devices such as phone, laptops, and computers can leave or join a network at various points in time.

The physical size of a Local Area Network can be determined by its purpose and the type of technologies that are used to build it.

For instance, with a WLAN, this is usually sized depending on the overall area of coverage of the individual access points. However, with a network that runs on the Ethernet protocol, this will usually reach out as far as the physical reach of the Ethernet cables allow.

In both of the above instances, a LAN can actually be extended in order to cover far greater distances if this is required through the aggregation of a multitude of switches or access points.

A MAN and a CAN are both different types of area networks which are considered to be bigger than a LAN. A WAN is the biggest of all.

What Does MAN Stand For?

A Metropolitan Area Network is larger than a LAN. It is designed to connect various users who are situated in a specific geographical location.

Three examples of MANs can be found within a large University, a large Hospital Campus or even with Cable TV.

What is a MAN and How Does It Work?

Typically, a MAN will extend across a very large site or even a city.  A MAN is usually formed using a number of different LANs that create the larger overall Metropolitan Area Network.

Essentially, this is a computer network which links users and serves them various resources across an area that is too large to be covered by a LAN, but smaller than is required by a WAN.

A Metropolitan Area Network is a highly effective way to connect LANs that are dispersed geographically.

The overall goal of a MAN is to enhance and develop the communication links between these different LANs.

This type of network will typically be established by using optical fibers and various switches and routers.

These switches perform two key functions. In the first instance, it acts as an active port that both manages and handles the filtering of data that will typically be transmitted over the network in the form of frames. Secondly, it manages the connections.

The network router is another key device that also helps to facilitate connections, helping to establish which paths should be taken for the various data packets that are being transmitted. Essentially, it monitors the data transference.

In terms of the size of a MAN, it will typically operate over an area that can be as large as 50KM.

Benefits of a Metropolitan Area Network

Comparing WAN Vs. LAN Vs. MAN